The aims of the association are:

The size of the FEMS member societies varies enormously, from fewer than 50 to more than 10,000 members. The total number of materials scientists and engineers represented by the FEMS Member Societies is approximately 25,000. However, most of the societies have fewer than 500 members and inevitably have limited influence. Perhaps the most important aim of FEMS is to overcome the fragmentation of the materials science and engineering discipline in Europe in terms of countries, specialities and disciplines. In contrast with the USA, where there are relatively few professional materials societies, Europe has over thirty (16 in Germany alone). By strengthening the interaction between Materials Scientists and Engineers across Europe, between different European Materials Societies, and between Member Societies and the European Union, FEMS aims to facilitate the dissemination of knowledge and provide the critical mass needed to exert influence on a European scale. 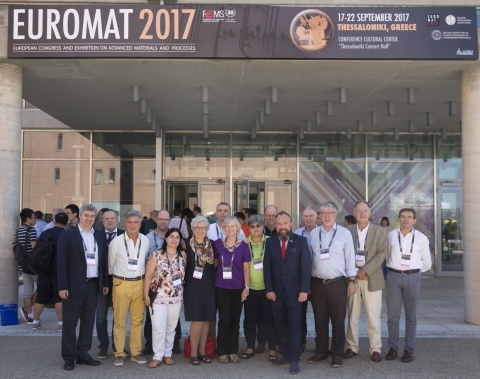 The history of FEMS

In June 1986, The Institute of Metals in London (IOM), the German Society for Metals (DGM) and the French Society for Metallurgy (SFM) agreed the need for European metals and materials societies to act more in concert and behave in a generally more “European” manner. After a few meetings, a memorandum of understanding to form the Federation of European Materials Societies was signed in January 1987. The first FEMS General Assembly took place in Paris on 11 December 1987, with IOM, SFM and DGM as the three founder members. In the years that followed, membership of FEMS grew steadily, and by 1993 there were fourteen full members in thirteen different countries. A recently completed article retracing the fascinating history of FEMS can be downloaded here.

How FEMS achieves its objectives

The Federation is probably best known for its series of FEMS EUROMAT conferences. These have been held in different venues every two years since the first took place in Aachen during 1989 with 800 delegates. Almost all aspects of materials science and engineering were covered in seven major topic areas:

Every individual belonging to a FEMS Member Society qualifies for a reduced registration fee to attend EUROMAT. The total value of these savings can greatly outweigh the membership fee paid by the society. The member societies can bid to host EUROMAT and are encouraged to participate in the organisation and selection of topics and symposia organisers.

FEMS Member Societies can nominate candidates for election to the FEMS Executive Committee, and vote in the General Assembly. The members can also nominate outstanding people for the prestigious FEMS Awards, which include the European Materials Medal (in solid gold) and the Materials Science and Technology Prize. There is also a FEMS Lecturer Award, which provides visibility to excellent young researchers, and a new FEMS Technical Materials Innovation Award to recognise outstanding materials developments in industry.

Member Societies can use the FEMS website and FEMS News as platforms for information exchange with other societies and to publish job opportunities and student placements. Three years ago, FEMS introduced an annual FEMS Presidents’ Day, giving senior representatives of its Member Societies the opportunity to get together to exchange views and provide feedback to the Federation. More details on benefits

Key issues FEMS is facing for the future

A major concern is the need to increase further the visibility of Materials Science and Engineering in Europe. To achieve greater influence FEMS is actively recruiting more Member Societies. Also, FEMS is a founder member of the European Materials Forum. This coalition of more than 130 national and European materials organisations has been established to partner the European Parliament and Commission, thus providing a voice for materials to influence politics at the EU level and safeguard the future funding for materials research.

FEMS, the Federation of European Materials Societies, is a non-profit European federation created in accordance with the Belgian law of 25 October 1919, with its legal headquarters at Malendriesstraat 70, 3370 Boutersem, Belgium

There are currently 27 FEMS Member Societies. 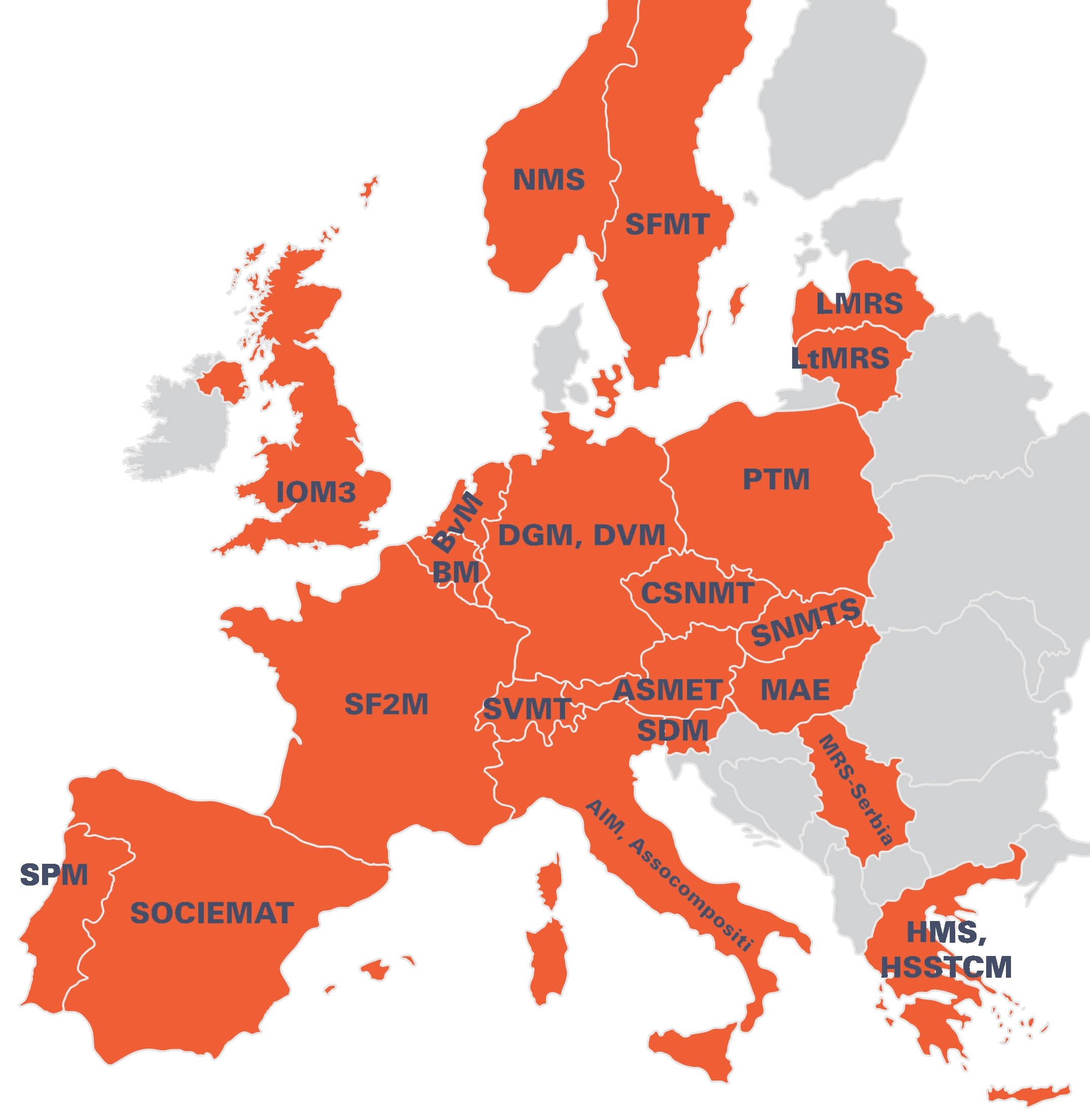