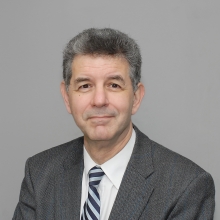 Doros Theodorou holds a Diploma from the National Technical University of Athens, NTUA (1982), M.S. (1983) and Ph.D. (1985) degrees from M.I.T., all in Chemical Engineering. He started his academic career at the University of California, Berkeley, where he became full professor in 1994. In 1995 he relocated to Greece, where he taught at the University of Patras and collaborated with ICE/HT-FORTH and NCSR “Demokritos”. Since 2002 he has been professor and director of the Computational Materials Science and Engineering group at NTUA. Professor Doros Theodorou is known for his pioneering work in developing new statistical mechanics-based molecular and multiscale simulation methods for the calculation of thermodynamic, structural, mechanical, rheological, interfacial, and permeability properties of polymeric materials, as well as of sorption and diffusion in zeolites. Recognitions he has received include the NSF Presidential Young Investigator Award (1988-1992), the Science Award of the Bodossakis Foundation in Chemistry (1996), the Danckwerts Lectureship of the AIChE (2006), the D. Medema Award of the Dutch PTN (2009), the John M. Prausnitz award of PPEPPD (2016), and the AIChE Institute Lecture (2016). In 2015 he was elected member of the U.S. National Academy of Engineering.

See his award photo and the abtract of his lecture at EUROMAT 2017 on the news page.

His whole presentation can be downloaded here.