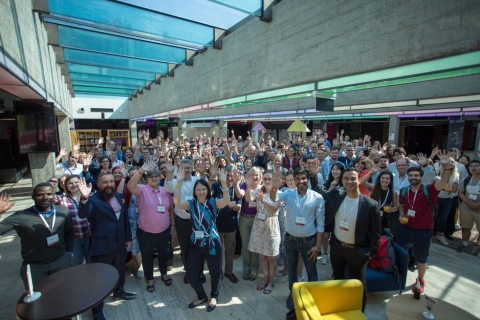 FEMS Junior EUROMAT 2018, 8-12 July in Budapest, Hungary
This edition was sucessfully organised under the auspices of the Hungarian Society of Materials Science (MAE), Hungary.
Materials science and technology has been practiced in Hungary for several years. Education started in separated institutions under the code-names of metallurgy, ceramics, polymers, mechanical technology, physics and chemistry in many cities of the country (Budapest, Debrecen, Szeged, Veszprém, Miskolc, Pécs, Kecskemét, Gyõr, Dunaújváros, Sopron etc). The Hungarian Society for Materials Science (in Hungarian: Magyar Anyagtudományi Egyesület, MAE) was born in 1993 in Dunaújváros, the capital of Hungarian metallurgy. During the last 2 decades this society gradually transformed into the truly fresh and interdisciplinary society, uniting metallurgical and chemical engineers, chemists and physicists interested in the thousands of facets of millions of materials.
website 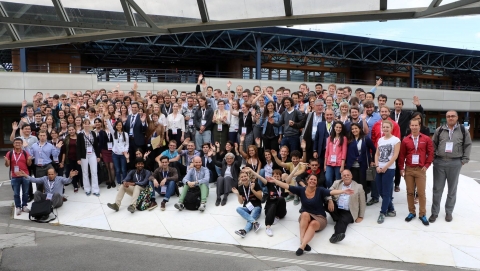 FEMS Junior EUROMAT 2016, 10-14 July in Lausanne, France
For the first time the FEMS Junior EUROMAT (10-14 July 2016) was organised by EPFL in collaboration with MatSearch Consulting. Prof. Heinrich Hofmann, EPFL and Dr. Margarethe Hofmann, FEMS Immediate Past President, supported by a Scientific Committee under the lead of Prof. Nikolaos Michailidis from Aristotle University of Thessaloniki have undertaken another approach for Junior EUROMAT by inviting speakers from academia and industry, having a scientific board for the evaluation of abstracts and giving the young scientists longer presentation times for selected presentations. On Sunday afternoon, the Granta Design Workshop took place with about 40 people (many more were interested but the workshop could not accept more), Thursday, the last day of the conference was devoted to 8 tutorials, covering the various topics over the value chain of material sciences and technologies and addressed also areas such as writing publications and the creation of a company. About half of the 315 participants and lecturers took the opportunity to go more in depth of the different topics. It was a wish of the participants to continue with the tutorials for a next edition. A special session was dedicated to the European Project MATCH in which FEMS is an important partner. The outcome of the project was presented by partners from IOM3 (Ian Warrington), CEA Liten (Jérôme Gavillet) and KMN VIN (Michal Basista, who also served the conference as member of the Scientific Committee) and M. Hofmann from FEMS.
During the FEMS Lecturer Award Session presentations from 6 scientists from France, Greece, Portugal and Spain were given. The award winners Jonathan Cormier, Institut Pprime – UPR CNRS 3346, Physics and Mechanics of Materials Department, ISAE – ENSMA, France and David Maestra Varea, Departamento de Física de Materiales, Facultad de Ciencias Físicas, Universidad Complutense de Madrid (UCM), Spain were invited to give a lecture at EUROMAT 2017 in Thessaloniki.
website