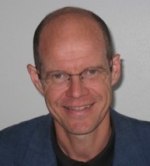 Eric Le Bourhis is professor at Poitiers University (Futuroscope, France) in the department of materials' physics. He initially taught at a secondary school in Lima (Peru) between 1989 and 1991. Upon returning to France, he gained his PhD at Paris VII University in 1994. Then he joined Evry University for one year as an assistant professor and subsequently the Saint Gobain R&D team at Aubervilliers for 4 years as an engineer. During this industrial period, he applied contact mechanics to glass surfaces and coatings developed for glazing, and was also involved in industrial production tasks. He joined Poitiers University in 1998, where he has pursued an activity to promote sol-gel hybrid coatings in close collaboration with glass industrial manufacturers, while his other research activities focus on the mechanical properties of thin-films and nanostructures. He has published 150 papers in international journals, 3 patents and 1 book (Glass Mechanics and Technology, 2nd Ed., Wiley VCH, 2014).