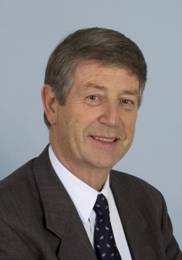 Prof. Kostorz, a German citizen, was born on March 9, 1941 in Kattowitz/Upper Silesia. He studied physics at the University of Göttingen where he took his degree and earned his doctorate (Dr. rer. nat.) on the plasticity of crystals under Professor Peter Haasen at the Institute of Metal Physics. From 1968 to 1971 he held postdoctoral and Research Associate positions at the Argonne National Laboratory in Illinois, USA. In 1971 he joined the Institut Laue-Langevin in Grenoble, France, where he took part in developing neutron scattering methods for the investigation of crystal defects and phase transitions. From 1974 to 1978, he taught courses on plasticity and physical metallurgy at the University of Grenoble. From 1978 to 1980, he was a Senior Scientist at the Max Planck Institute for Metal Research in Stuttgart. Gernot Kostorz served as full Professor of Physics at the Institute of Applied Physics at the ETH Zurich from April 1, 1980 until his retirement on March 31, 2006. He was head of the Materials Faculty 1984/1986 and head of the Department of Physics 1996/1998. His research and teaching focused on the relationship between microstructure and properties of real solids. He was a guest scientist at the Argonne National Laboratory in 1977 and again in 1986 and a guest professor at Northwestern University, Evanston, Illinois, in 1995, at the Charles University, Prague, in 1996, and at the University of Vienna in 2005 and 2006. He has (co-) authored over 280 scientific papers and (co-) edited numerous books and conference proceedings.

Prof. Kostorz was the first Vice-President (1991, 1992) and the second President (1993, 1994) of the Federation of European Materials Societies. He also served on the Executive Committee and various FEMS ad-hoc groups over many years and became an Honorary Member of FEMS in 2003.

He was Editor-in-Chief of the eight journals of the International Union of Crystallography (IUCr) from 2005 to 2012, Editor and Special Issues Editor of the journal Materials Science and Engineering A from 1984 to 2008, and is presently a Co-Editor of the Journal of Applied Crystallography. He has been General Secretary of the Swiss Association of University Professors since 2004. He is also an honorary member of the Metals Science Society of the Czech Republic (1996) and the Deutsche Gesellschaft für Materialkunde (DGM, 2004). In 2005, he received the "Heyn Denkmünze" of the DGM for his contributions to the introduction of neutron scattering in materials research.