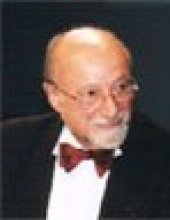 Paul Costa was born in Tunis in 1933. After graduating from Ecole Polytechnique in 1955 he studied chemistry and explosives at Ecole Nationale Supérieure des Poudres before undertaking research for a PhD in solid state physics at Orsay University. His career began in 1959 at the Nuclear Centre of the Commissariat à l’Energie Atomique (CEA) in Fontenay-aux-Roses where he remained until 1965. While at CEA he worked in the Plutonium Metallurgy Division undertaking solid state physics research on the transition metals, actinides, carbides and nitrides. During this period he spent time at the University of Cambridge, researching the plastic properties of ionic solids.

In 1965, he moved to Office National d’Etudes et de Recherches Aerospatiales (ONERA), where he remained until his retirement in 1998. From 1965 to 1979 he was Head of the Solid State Physics Division in which research was conducted on the electronic structure and plasticity of metallic alloys and compounds. In 1979 he became Director for Materials, with responsibility for research on all aerospace materials. In this capacity he was involved in the foundation of the Laboratoire d’Etudes des Microstructures (LEM), a joint venture between CNRS (Centre National de la Recherche Scientifique) and ONERA.

Between 1962 and 1977, Paul Costa devoted time to teaching chemistry and solid state physics at institutions including Ecole Nationale Supérieure des Télécommunications and Ecole Polytechnique. From 1979 to 1997 his involvements included membership of AGARD (the Advisory Group for Aeronautical Research and Development) and presidency of the materials group of GARTEUR (the Group for Aeronautical Research and Technology in Europe). He served as FEMS President, 1998-2000.

Since his retirement, Paul Costa has founded, and is president of, Assosciences Midi-Pyrénées, a federation for the Toulouse region of the major French scientific societies, which organises conferences, all of which are open to the public.