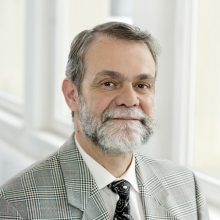 Pedro Dolabella Portella received his Bachelor degree in Metallurgical Engineering at IME, the School of Engineering of the Brazilian Army in Rio de Janeiro. After nearly two more years at the foot of the Sugar Loaf he received his Masters in Materials Engineering at the same institute. In 1984 he got his Dr.-Ing. degree in Erlangen, Germany, with a thesis on high-temperature creep of a Fe-Ni-Cr alloy. After a short stay at the Catholic University in Rio de Janeiro, PUC-RJ, he joined the Federal Institute for Materials Research and Testing (BAM) in Berlin, Germany, in 1987. Since 2000 he is the head of the Department “Materials Engineering”. According to the tradition of this institute, one of his concentration areas is failure analysis and prevention. In the period 2010-2011 he was the President of FEMS, the Federation of European Materials Societies. He is an Honorary Member of FEMS, of SPM, the Portuguese Society of Materials, and of SF2M, the French Society of Metals and Materials. In 2010 he received the August Wöhler Medal of DVM, the German Association for Materials Research and Testing, and the Robert Mitsche Award of ASMET, the Austrian Society for Metallurgy and Materials. In 2016, Pedro was admitted as a "fellow" to the "Alpha Sigma Mu" society at the "Materials Science and Technology 2016" conference in Salt Lake City, USA. ΑΣΜ was founded at the Michigan Technological University in 1932.