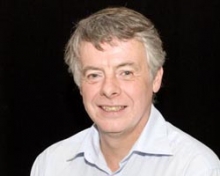 Professor of Mechanics of Materials, Gordon Laboratory, University of Cambridge

After completing his first degree and PhD in the Materials Science Department at Cambridge, Bill Clyne held University lecturing posts in Brazil, Switzerland and Surrey (UK), before returning to Cambridge, where he was appointed in 1999 to a chair in Mechanics of Materials.  He has been the Director of the Gordon Laboratory (www.gordon.msm.cam.ac.uk/), since its opening at that time.  His research interests centre on the thermo-mechanics of composites and coatings, particularly processing, numerical modelling and fine scale mechanical interrogation.  Details are available at www.ccg.msm.cam.ac.uk/.  He has authored over 300 papers, two textbooks (on composites) and 10 educational software packages.  He is in the original ISI Highly Cited list (www.isihighlycited.com).  He has been sole supervisor for over 80 PhD students in Cambridge and has given about 50 Invited Keynote Talks and Colloquia over the past 10 years.  He was President of the Federation of European Materials Societies (2008-2009) and is now an Honorary Member.  He has been Principal Investigator for many large projects, with an aggregate value running into several tens of £M, and has chaired 8 large international conferences.  He is also the Director of DoITPoMS (www.doitpoms.ac.uk/), which maintains a globally-accessed Educational Materials Science website.  Current Scientific Council memberships include IMDEA (Madrid), The Materials Science Cluster of Excellence (Erlangen) and the Jülich Helmholtz Centre for Energy & Climate Research.  In 2004, he was awarded the Griffith Medal, a premier prize of the Institute of Materials.  He was elected Fellow of the Royal Academy of Engineering in 2008 and Helmholtz International Fellow in 2014.