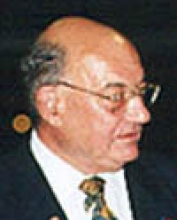 Robert Lallement was born in 1934 and studied as an Ingenieur de mines at the Ecole des mines de Paris from 1955-1958. He obtained his Master of Science degree at Caltech, USA, in 1959. After this ‘student period’, he entered the French Atomic Energy Commission in 1961, where he studied the physical properties of plutonium and plutonium compounds, and prepared a doctorate in solid state physics on “Magnetic Properties of Rare-Earth Carbides” in the Division of Metallurgy and Nuclear Fuels. He became head of that division in 1979, and was appointed in 1981 as director delegate for nuclear programmes. In 1989 he was given the responsibility for waste management and decommissioning. He retired in 1997.

Some “friends” were kind enough to push him towards the French Metallurgical Society, of which he became president in 1987 for two years. During those two years, a concern grew among the French, German and British metallurgical societies; the American Metallurgical Society (AMS) was judged too aggressive in creating local sections of AMS in Europe. In reaction, it was decided to create FEMS, and Lallement was adopted as its first president, for two years.

The job was to create the statutes, to imagine how to operate (steering committee, executive committee, general secretary, financing, relations with Brussels, with other materials societies in Europe, relations with AMS, E-MRS, etc.) and also to define better goals and reasons to exist than to fight against AMS!

This period was really exciting, but after two years the job was not finished. He was asked to accept a second term. He accepted, “faute de combattants!”.

The First President is enjoying his retirement, hoping, with much justification, that the foundations of FEMS which were established during his four years at the helm are good enough for today. He remembers all the people involved in the job, and pays special tribute to Sir Geoffrey Ford, the FEMS General Secretary, who helped him and the others so much.