Video of EUROMAT 2017 in Thessaloniki

Junior EUROMAT conferences take place every two even years, providing young materials scientists with the opportunity to contribute both scientifically and to the organisation and structure of their conference in functions such as session chairperson or workshop coordinator. The conferences were held in Lausanne, Switzerland up until 2016, and were organised there in 1992, 1994, 1996, 1998, 2000, 2002, 2004, 2006, 2008, 2010, 2012, 2014 and 2016. From 2018 onwards the Junior EUROMAT conference will be held in different locations. In July 2018 it was held in Budapest.

Invitations for tender for the organisation of future EUROMAT and Junior EUROMAT conferences are sent to the FEMS Member Societies four years ahead of time. The next call will be sent in 2018.

Video of EUROMAT 2015 in Warsaw

Delegates at EUROMAT2015 in Warsaw: 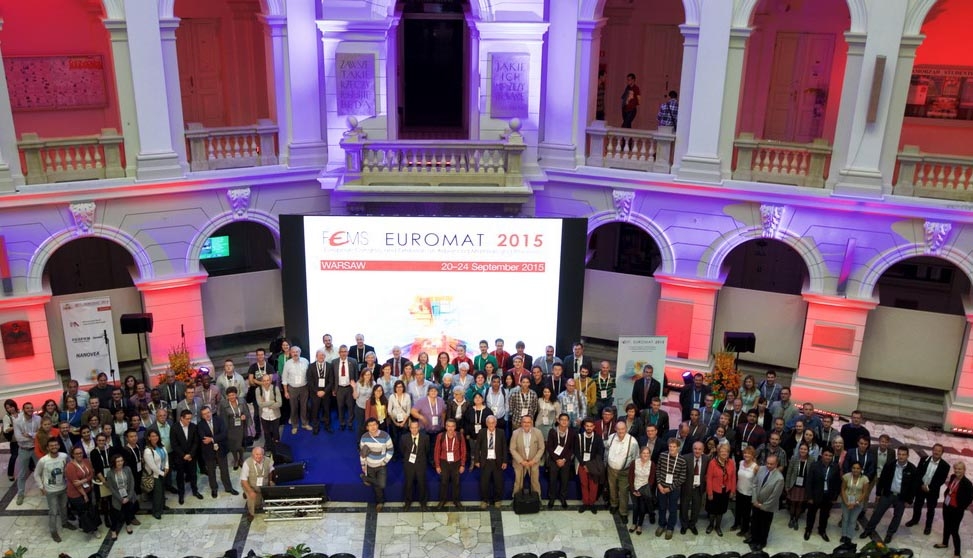